According to Yuan Yuan Tan, becoming an internationally lauded ballerina was not exactly in the cards. She feels similarly about being interviewed by a beauty brand. “I was kind of an ugly duckling growing up,” Tan says with a laugh. But fate intervened when her mother encouraged her to try out for the Shanghai Dance School —“somebody sent me an application,” she recalls humbly. The China native ultimately landed one of 24 coveted spots in the program. At 13, Tan was older than her classmates, and lagging in experience. But her drive and work ethic took her to the top of the class and she was ultimately chosen to study at the prestigious John Cranko School of ballet in Stuttgart, Germany. In 1995, Tan joined the San Francisco Ballet as a soloist; she was promoted to Richard C. Barker Principal Dancer just two years later.

I almost always do my makeup for shows myself.

It’s a journey that has come with its fair share of challenges, she notes in her 19th season with the West Coast company. “It’s so unbelievably hard and demanding, not only physically,” Tan reveals of the difficult and competitive discipline. “You have to be mentally strong to handle the hard schedule as well as the aches and pains.” (Editor’s note: the busy ballerina squeezed in a chat with The Estée Edit between six-plus hours of rehearsals that began at 9:30 in the morning, and a show that had her at the theater past 10:45 the same night). But the 40-year old has managed to take it all in stride with the help and support of her parents, who moved to California from China to be close to their daughter, and by relishing the fun of performing — which includes being her own self-taught beauty guru. “I almost always do my makeup for shows myself,” Tan reveals. Here, the lithe-limbed star talks on-stage application tips, and the best way to decompress after dancing, soundtrack suggestions included.

EL: Is it common for dancers to do their own makeup when they’re performing?

YYT: Yes, we learn stage makeup in school because there is special makeup for some of the pieces. It was like a military school, and I didn’t take corrections well so the teachers didn’t like me! Now, I have a hair and makeup artist, but I have my own preferences for skincare, foundation and makeup colors so I like to do it myself.

EL: What do you do during a show if your makeup smudges?

YYT: If I sweat a lot, the first thing to go is my blush. I can do touch-ups during shows that have an intermission, like Swan Lake, or Giselle or Sleeping Beauty. I’ll just add some lipstick and put my blush back on. But the eyeliner needs to stay put.

Get enough sleep — and be happy, although cosmetics help a little, too!

EL: Do you find that skincare has become a very important part of your regimen since you’re constantly putting on, and taking off, makeup?

YYT: Yes, because the warmer temperature of the rooms we practice in is really dehydrating, I am the biggest fan of Estée Lauder Advanced Night Repair. It works so well. I use the eye serum, too. I fly often and I like to apply a mask on the plane. When you land, you wash your face and your skin is perfect.

EL: With such a packed schedule, how do you unwind?

YYT: Sometimes I go up [north of San Francisco] and have a wine tasting. Besides that, I watch movies, catch up on sleep, light candles, listen to Enya and take baths. Sometimes I also get massages. We have a licensed in-house masseuse hired by the ballet, but they only have six hours with the company every day, so that means only six dancers can see her/him! I usually just go on my own.

EL: How else do you soothe your muscles after a particularly grueling show?

YYT: Acupuncture is good for relaxing muscles. It’s nice to have a treatment and take a nap. I feel truly rested afterwards.

YYT: Get enough sleep — and be happy, although cosmetics help a little, too! 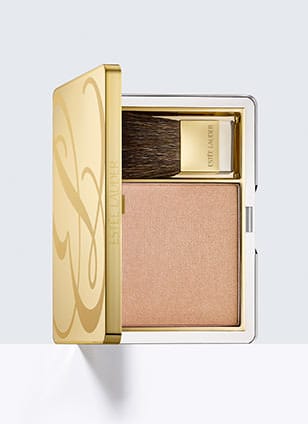